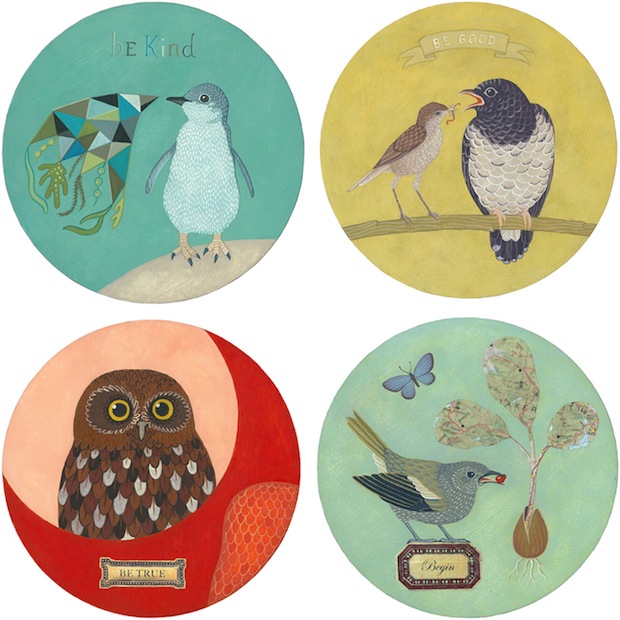 The Poi Room has kindly invited me (Henri Stone) to participate in their annual Matariki exhibition to be held at 17 Osborne Street, Newmarket, Auckland on June 27th 2013, 6pm sharp. All works will be $150 so it’s a great opportunity to buy some New Zealand artworks at a fraction of their normal cost.

Henri has made four separate 200 mm diameter panels (above) painted in gouache with collaged details, especially for the Matariki exhibition. The theme of the show is ‘Resolution’ and the four works depict:

‘Be Good’ – a grey warbler feeds a giant shining cuckoo chick (even though it killed all it’s real babies!)

‘Be True’ – Ruru (morepork) looking in the mirror, from ‘to thine own self be true’

‘Begin’ – a female Hihi (stitchbird) planting a seed. The sprouting tree is a road map to a brighter future.

Update – they all sold, not at the opening but the next morning!

welcome you to check out our latest designs and find links to where you can buy or contact us for original artwork. All Images Courtesy of © Tanya Wolfkamp